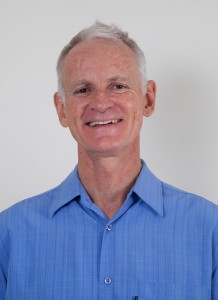 Terry has considerable experience in natural resource management both of National Parks and World Heritage Areas. From 2002-2007 Terry was World Heritage Manager on Lord Howe Island.

Terry has been responsible for sourcing funding for environmental programs, project development and implementation, waste strategy development, infrastructure census, waste and environmental education programs and litter reduction campaigns and strategies. He has also collaborated with the commercial and industrial sector in the design and implementation of waste minimisation programs and capacity building programs for water sensitive urban design.

Terry was the Manager of Lane Cove National Park in Sydney and was responsible for the implementation of the Plan of Management for the Park which included the largest volunteer bush regeneration program and the implementation of the largest public place recycling program in any NSW National Park. Prior to that Terry was General Manager of the Keep Australia Beautiful Council (NSW). including Tidy Towns Environment Awards, Metro Pride, Schools Environment Award and Vision for Australia.

Terry has a Bachelor of Arts (UNE) and Post Graduate Diploma of Environmental Studies ( Macquarie University).